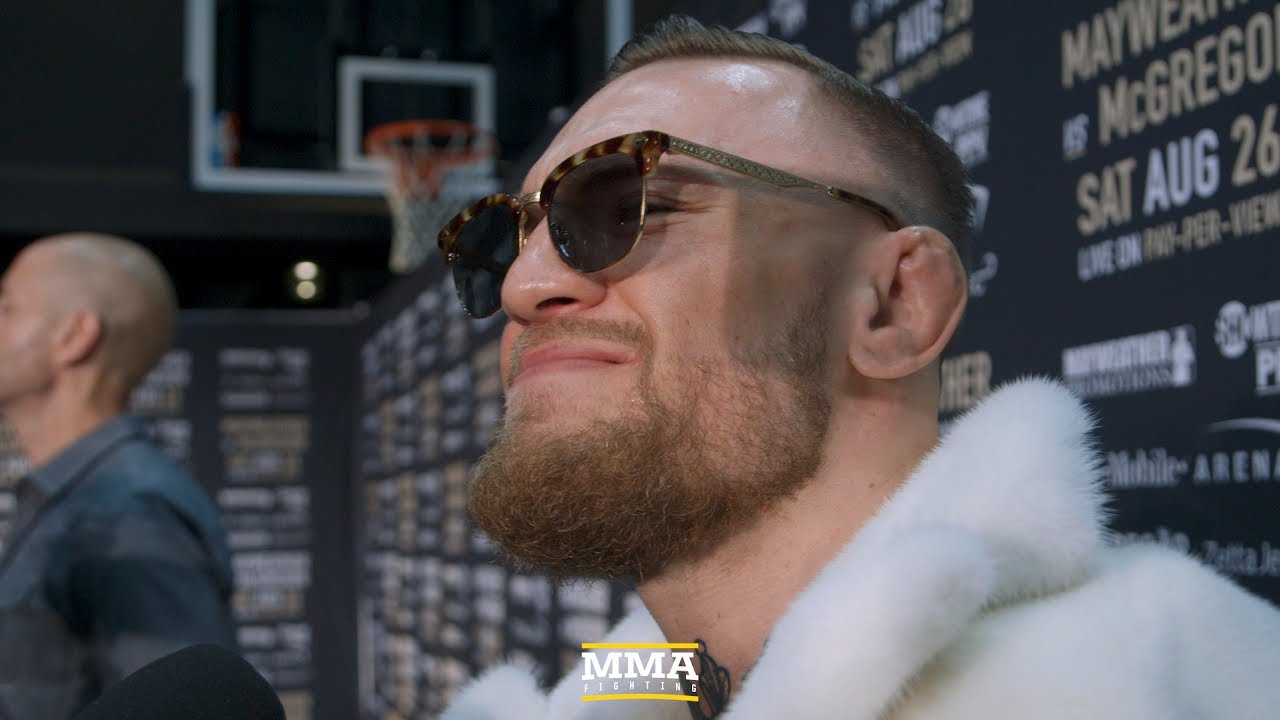 After the third leg of the Floyd Mayweather vs. Conor McGregor world tour, McGregor discussed his feelings about the Brooklyn stop, the rising tensions between the two teams, his comments about race, his plan for London, and much more.

zonked out
let's get the fucking thing wrapped up
you just be very careful
if we're getting hostile, we're getting hostile
nothing those two juice monkeys could do about it
he's about to be mauled and embarrassed
i think we're both similar
he doesn't want me in eight-ounce gloves
eventually i'm going to run showtime too
scores a draw

MMA Fighting is your home for exclusive interviews, live shows, and more for one of the world's fastest-growing sports. Get latest news and more here: http://www.mmafighting.com