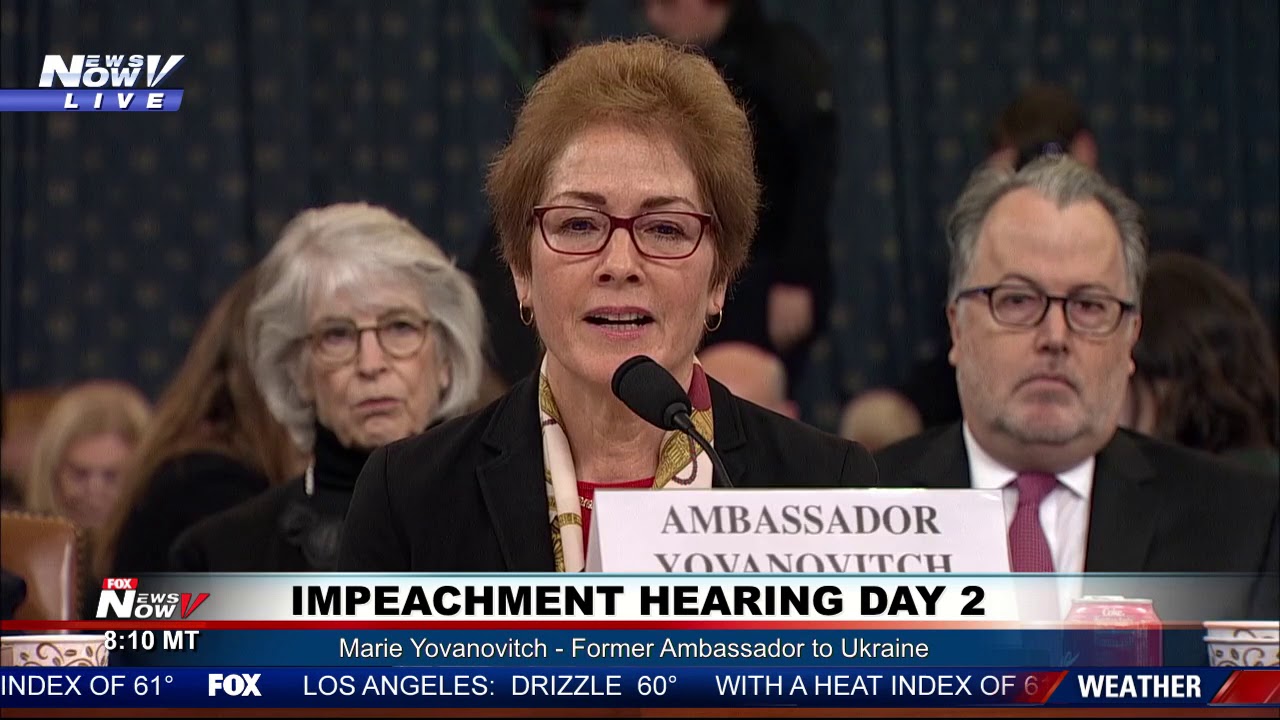 The former U.S. ambassador to Ukraine who was recalled from her post will testify Friday in the second day of historic impeachment hearings to consider the removal of America’s 45th president.

Marie Yovanovitch, who served as ambassador to Ukraine from 2016 until May of this year, was seen as a tough ambassador at a time when the U.S. was trying to root out corruption in the young democracy.

She was abruptly recalled from Ukraine by President Donald Trump last spring after what others would testify was a smear campaign against her.

Known as “Masha,” Yovanovitch previously testified on Oct. 11 during her closed-door deposition that she was told that people were "looking to hurt" her. One senior Ukraine official said she needed to "watch my back."

Yovanovitch and others have described Rudy Giuliani, Trump’s personal lawyer, as leading what one called an “irregular channel” outside the diplomatic mainstream of U.S.-Ukraine relations. When asked during her deposition if anyone at the State Department who was alerted to Giuliani’s role tried to stop him, she testified, “I don’t think they felt they could.”