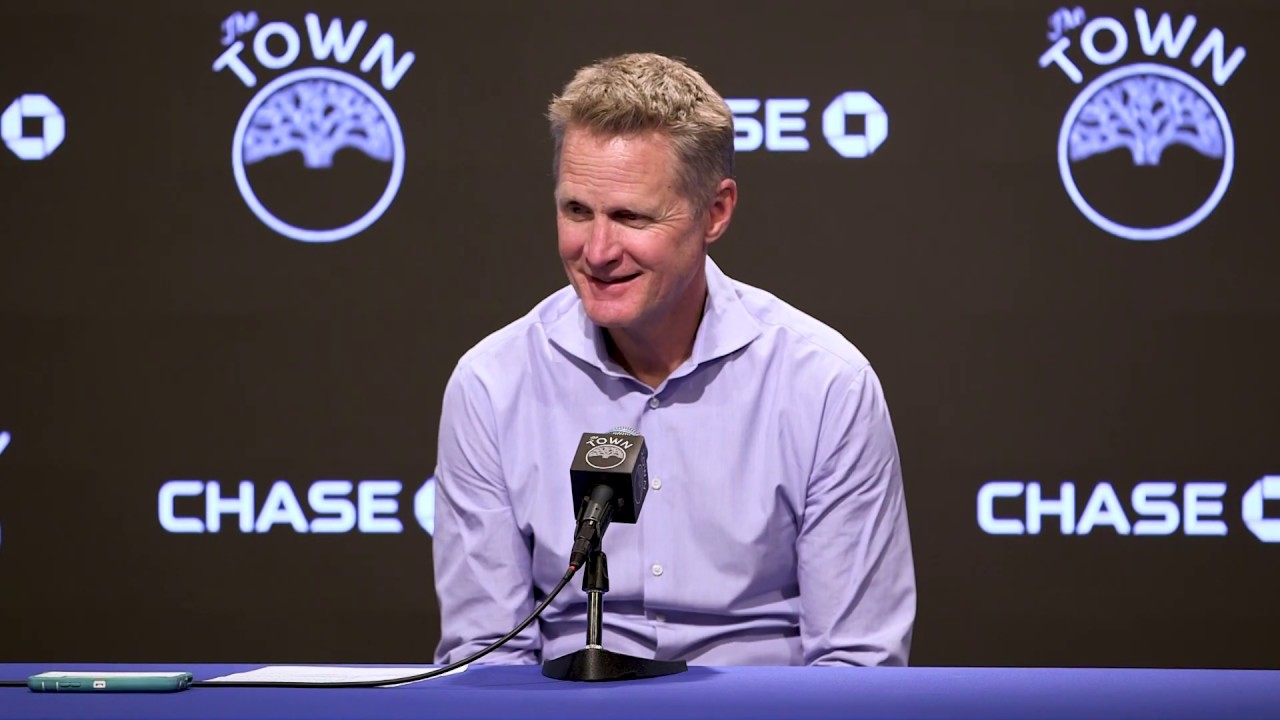 In the moments after the game, when the joy of winning abounded and knowledge that the injury wasn't serious sunk in, the tone took a turn.

No longer was Eric Paschall staring at Steve Kerr's hand with concern, with curiosity, with too many questions that he wasn't about to ask.

In the moments after the game, Paschall nearly placed his head on the podium and gently shook, his mouth wide, laughter the only sound coming out.

"I honestly didn't see it," the 25-point scorer said after Warriors 104, Bulls 90 at Chase Center on Wednesday. "All I saw was, he comes back to the huddle, all I see is blood on the [clipboard]. I'm like, what happened?"

But he couldn't ask that as Steve Kerr drew up plays on clipboard No. 2, his first smashed and a shard of it cutting his hand. He tried to wrap it with a towel, but the blood kept flowing, and he needed the hand to diagram.

So he flaunted his toughness, playing through the pain, both marker and blood leaving streaks on the clipboard.

Nobody wanted to ask.

"I saw him leaking," Omari Spellman said after his 13-point, 11-rebound breakout. "I was like, yo, why is he bleeding? He was animated, but he just kept going -- blood on the clipboard. I was like, all right, we're in the heat of the moment, I ain't going to talk about it. I was completely confused."

No one could quite pin down when the smash-job occurred -- sometime in the second half, likely the third quarter, during a Chicago run. A team that entered 3-15, having won a single game in its past 11, was desperate and clinging to a lead that expanded and shrunk through the fourth quarter, the Bulls continually threatening but never breaking through.

Kerr downplayed the battle scar -- "mere flesh wound" -- and said he didn't think he would need stitches. He's allotted two clipboards per year, and he made it to the second during game 19. This team will test that quota.

"It always cuts in the same place. This was a little deeper," Kerr said after Golden State, who choked away a late lead Monday, outscored Chicago 26-17 in the fourth. "We just had a stretch there where we were very careless, particularly transition defense. And we let them slip behind us, cardinal sins. We're 3-15 coming into the game -- every play matters. Every possession matters. They'll fight for everything. I thought our guys did a great job down the stretch."

The praise was mutual. Yeah, the Warriors thought it was funny, but respect can be earned through the stifled chuckles.