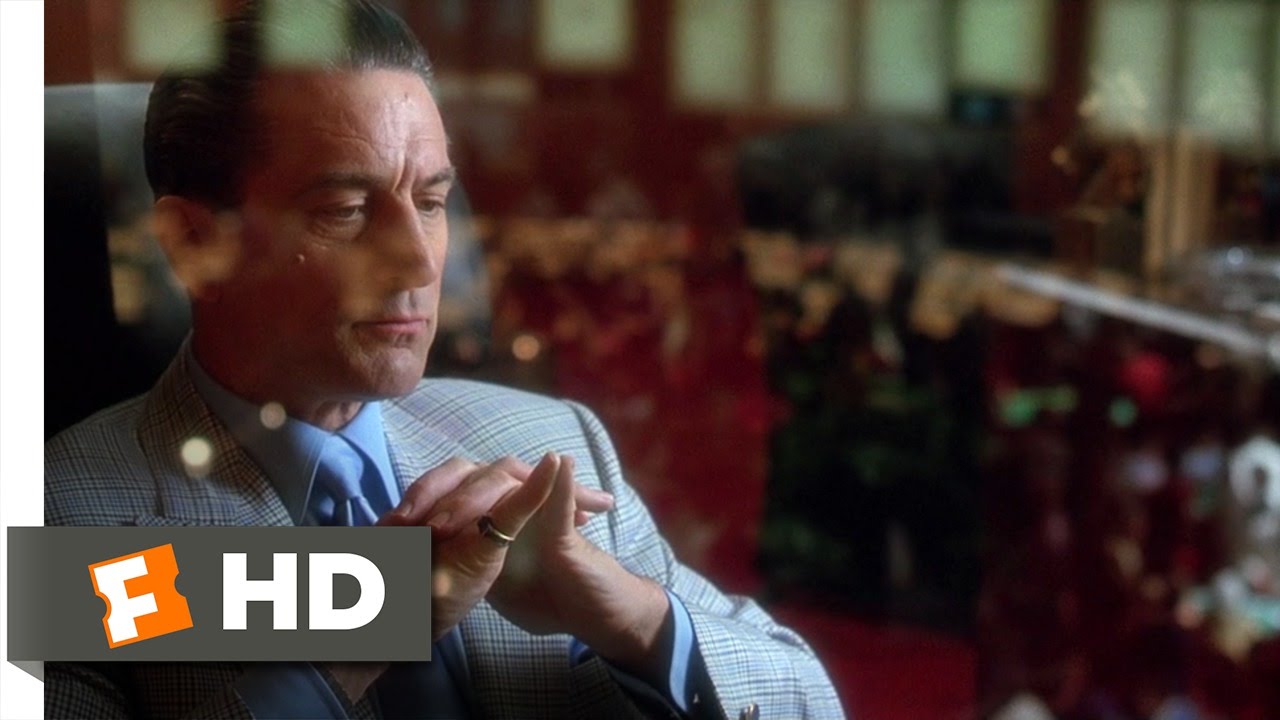 CLIP DESCRIPTION:
Ace (Robert De Niro) looks back on being given "paradise on Earth," the chance to run The Tangiers in Las Vegas, and how it all came crumbling down.

FILM DESCRIPTION:
The inner-workings of a corrupt Las Vegas casino are exposed in Martin Scorsese's story of crime and punishment. The film chronicles the lives and times of three characters: "Ace" Rothstein (Robert De Niro), a bookmaking wizard; Nicky Santoro (Joe Pesci), a Mafia underboss and longtime best friend to Ace; and Ginger McKenna (Sharon Stone, in a role she was born to play), a leggy ex-prostitute with a fondness for jewelry and a penchant for playing the field. Ace plays by the rules (albeit Vegas rules, which, as he reminds the audience in voiceover, would make him a criminal in any other state), while Nicky and Ginger lie, cheat, and steal their respective ways to the top. The film's first hour and a half details their rise to power, while the second half follows their downfall as the FBI, corrupt government officials, and angry mob bosses pick apart their Camelot piece by piece.

WHO ARE WE?
The MOVIECLIPS channel is the largest collection of licensed movie clips on the web. Here you will find unforgettable moments, scenes and lines from all your favorite films. Made by movie fans, for movie fans.