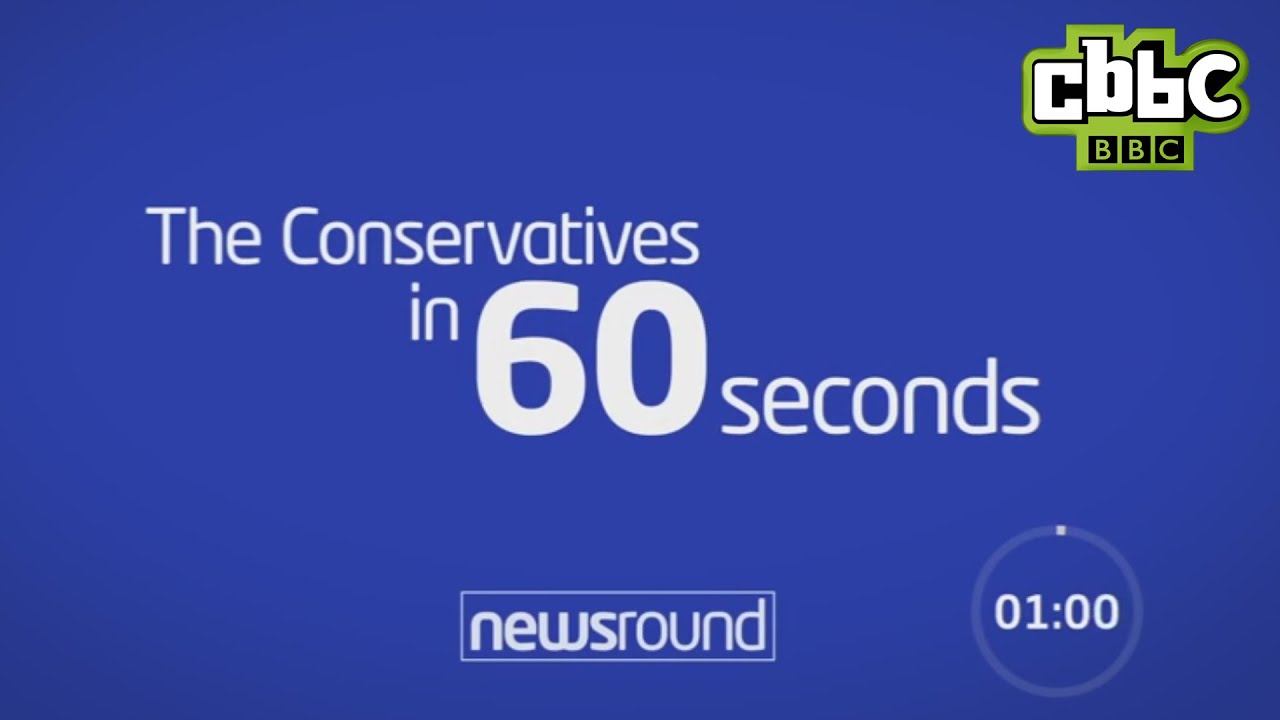 Find out everything you need to know about the Conservative Party in Newsround's handy 60 second guide.

Click on the links below to watch another 60 second guide from CBBC Newsround.

CBBC aims to encourage children to find out more about existing interests and inspire them to develop new ones; helps them understand the world around them and provides an entertaining watch when they just want to relax.

70% of 7-12 year olds now go online most days in the week too. Unique browsers to the CBBC website currently stand at over 915,000 per week.

The majority of our output is UK-made, reflecting children's lives in the UK today. Popular programmes on the channel include Wolfblood, The Next Step, Friday Download, Diddy Movies, Four O'Clock Club and The Dumping Ground. It's possible to catch up on CBBC shows on the CBBC iPlayer at http://www.bbc.co.uk/iplayer/cbbc