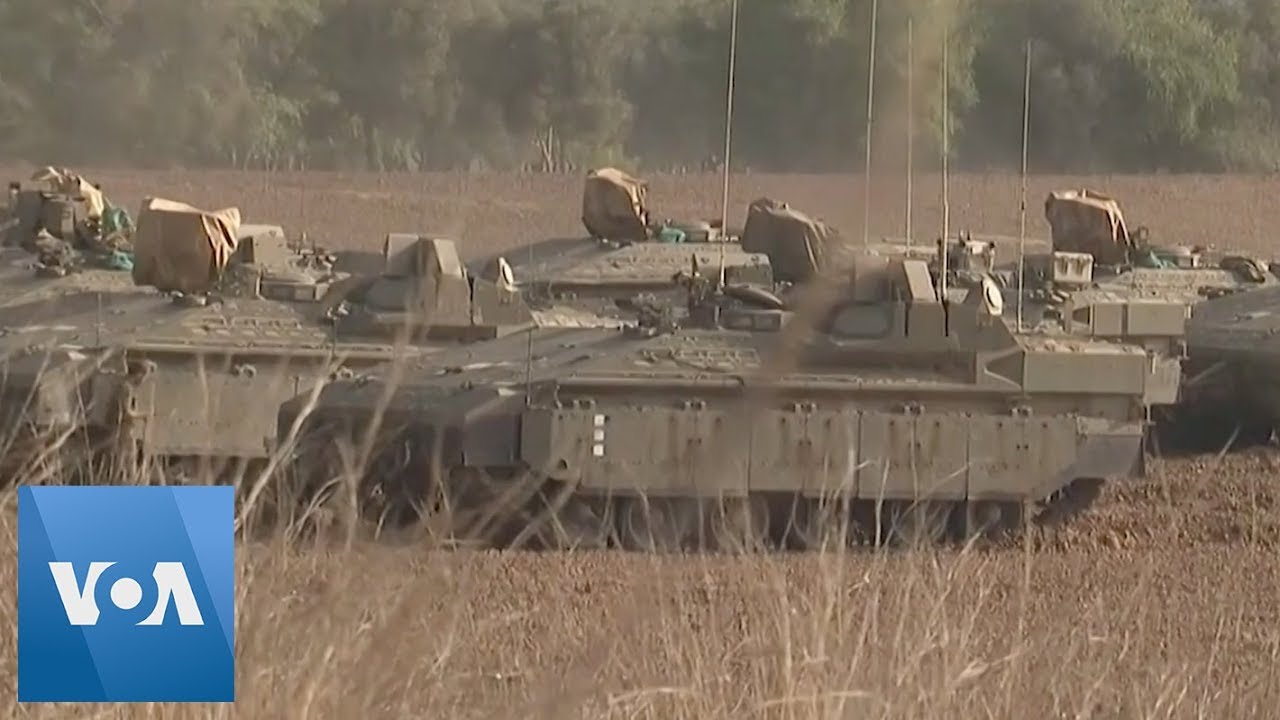 Israeli armored vehicles were positioned near the Gaza border, Wednesday, November 13, as violence in the region spiked over the past two days.
–––––––––
READ MORE: Israeli forces carried out airstrikes Wednesday in the Gaza Strip, while militants there fired fresh barrages of rockets into Israel.

The rocket fire began in response to an Israeli airstrike that killed an Islamic Jihad commander in Gaza.

Israeli Prime Minister Benjamin Netanyahu said the commander, Bahaa Abu el-Atta, was responsible for many of the recent rocket attacks from Gaza into Israel, and that he had been planning further attacks.
–––––––––
LINK: https://www.voanews.com/middle-east/two-dead-israel-palestinian-militants-trade-strikes