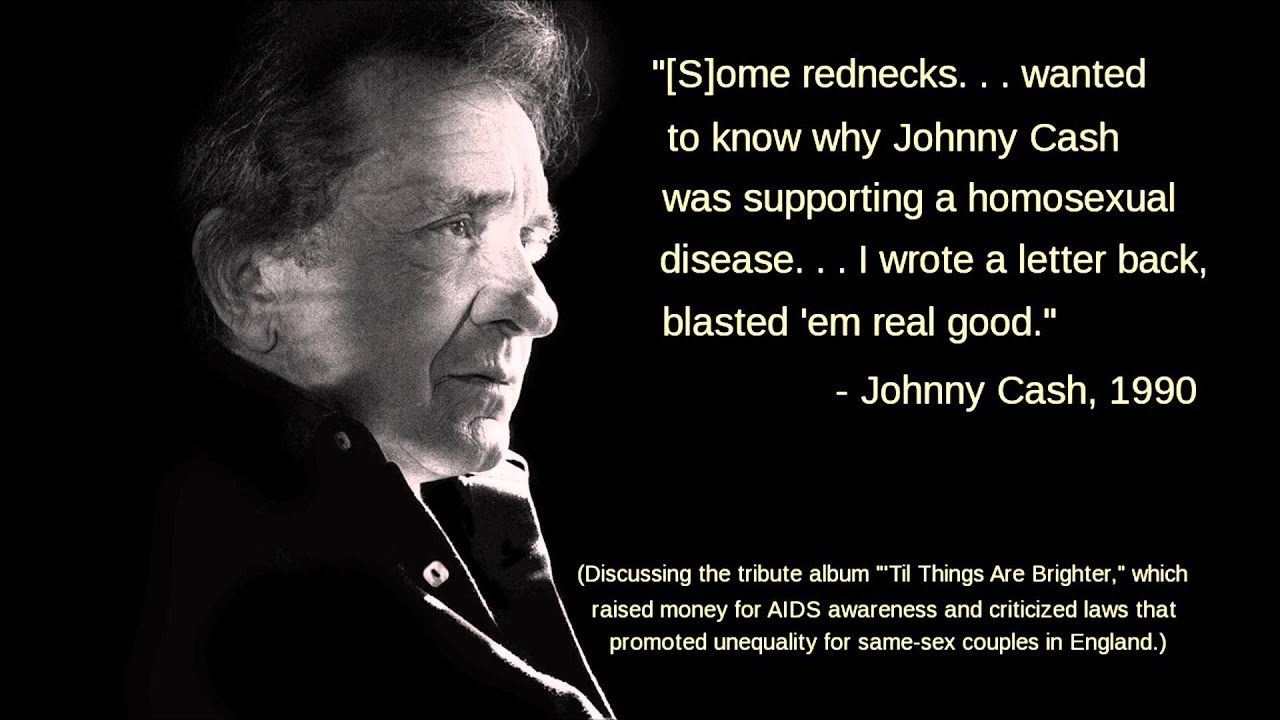 The radio advertisement is from 1994. The quote is taken from a 1990 interview. An excerpt from the interview and a link to the full article is provided below.

Cash's iconoclasm has made him attractive to a younger, hipper crowd. In 1988, a mostly British group of artists led by Jon Langford of the Mekons released a crackling album of Cash songs in tribute to him. It was called Till Things Are Brighter - a line from his "Man in Black" - and profits were donated to AIDS research.

"I was really overwhelmed," Cash recalls. "I got a big kick out of Michelle Shocked doing 'One Piece at a Time.' There was a big stink in one of the magazines (in England), some rednecks who wanted to know why Johnny Cash was supporting a homosexual disease, all that kind of crap. I wrote a letter back, blasted 'em real good."