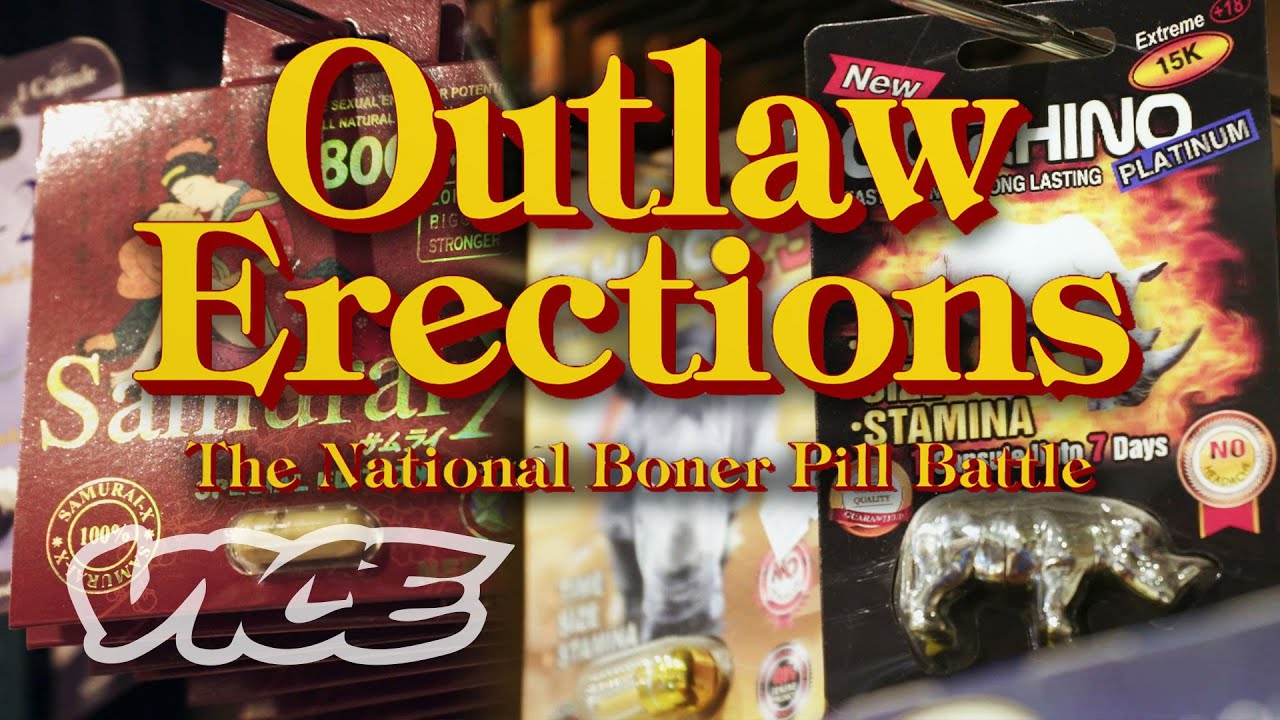 This video originally aired on the VICE News YouTube channel on August 1, 2019. We liked it and wanted to share with you guys here.

With wild names like “Rhino 69,” “Black Mamba,” and “Mojo Nights,” so-called “natural” sexual enhancement supplements are a fixture behind the counters of bodegas, gas stations, corner stores, and delis across the country.

They're also at the center of a nationwide legal battle being waged by a Texas supplements company called Outlaw Laboratory.

Since 2017, Outlaw has sent legal letters to small businesses demanding they stop selling the supplements, and pay a settlement of as much as $14,000, or get sued.

And Outlaw has followed through, suing hundreds of stores, as well as several distributors, in at least six states, charging that retailers are selling dangerous and deceptively labeled “natural” sex supplements that may contain illegal pharmaceuticals that the FDA has issued public health notifications over. Outlaw is also claiming that its own sexual enhancement supplement, “TriSteel,” has been damaged by unfair competition.

“I remember seeing these products in liquor stores and just kind of didn't think anything about it,” Robert Tauler, a lawyer representing Outlaw in many of their cases, told VICE News. “But in reality it's a national criminal conspiracy taking place in front of everyone's face.”

Lawyer Mark Poe is representing many San Diego stores and is fighting back against Outlaw with a class-action countersuit.

“As we started looking at that demand letter, it became clear to us that the demand letter itself was an instance of mail fraud,” he said. “The demand letter sets forth a number of false statements and then demands money from the stores. That's fraud. You cannot make fraudulent statements in exchange for demand of money.”

WATCH NEXT: ResERECTION, the World of Male Enhancement Implants -- https://www.youtube.com/watch?v=8auptXYhT80

About VICE:
The Definitive Guide To Enlightening Information. From every corner of the planet, our immersive, caustic, ground-breaking and often bizarre stories have changed the way people think about culture, crime, art, parties, fashion, protest, the internet and other subjects that don't even have names yet. Browse the growing library and discover corners of the world you never knew existed. Welcome to VICE.