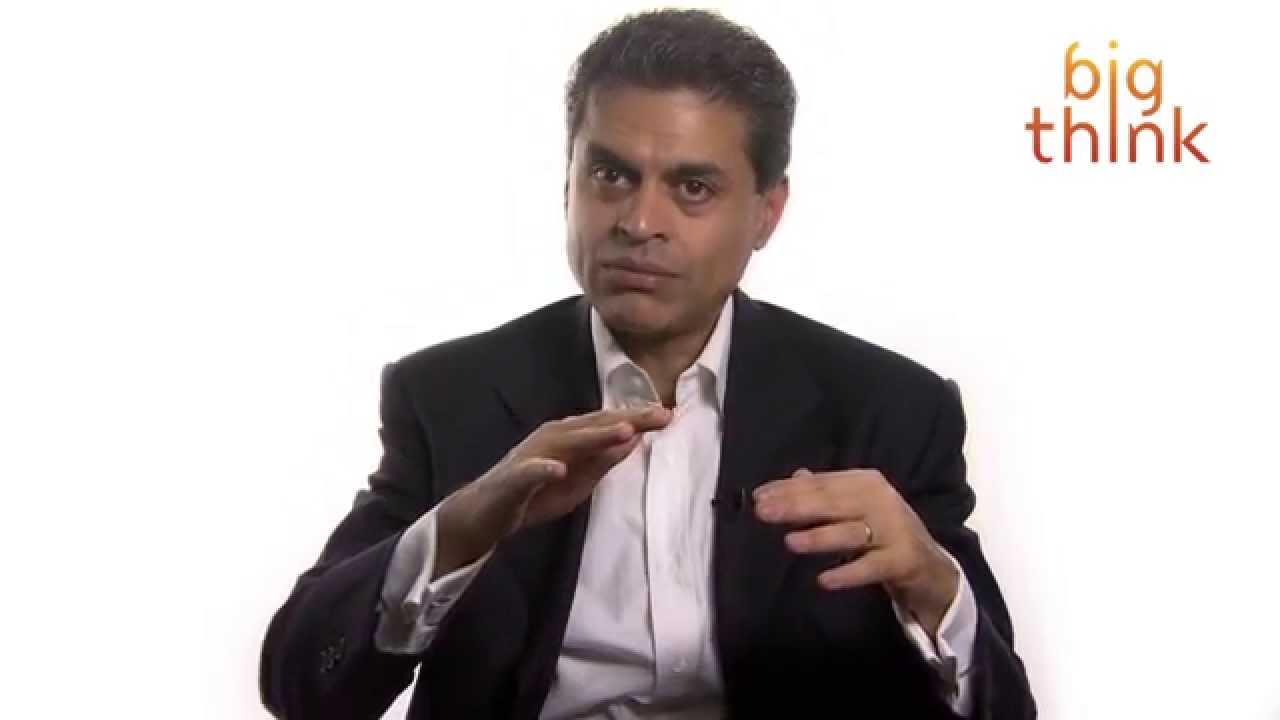 Fareed Zakaria: It’s something of a cliché to say this, but we live in a knowledge economy. Increasingly a person’s ability to command the high wage is going to depend upon having some skills, having skills that relate to perhaps technology. It doesn’t always have to be technology but it has to be some kind of value add that you provide that allows you to command some pricing power in the labor market. How you do that is going to vary from industry to industry.

In some cases it will be doing things that computers do well, a data analyst for example. In some cases it will be doing things that computers can’t do. A human touch profession as in nursing and things like that. But whatever it is, you’re going to have to focus very hard on those skills and the only way you can get those skills is through learning and through continuous learning. And any company hiring people will recognize that probably the trait they’re looking for most is not a particular set of skills but the demonstrated ability to acquire skills. Because any company will realize, I think, that what’s crucial is not the particular set of skills you have but that you demonstrate a capacity to acquire them now, because a few years from now, a few months from now it might turn out that you have to acquire new ones.

Accreditation is in some way the holy grail of education. The reason that American universities are able to charge the extraordinary price they charge is because employers around the world believe that this is the single best sorting mechanism they have to figure out whom to hire. So that if you have an undergraduate degree from Harvard or the University of Pennsylvania’s Wharton School, a bank – particularly if it’s in majoring in economics – a bank is going to think: “Of the 20,000 applications we get for our 300 entry positions, these are some very good filters." We look at the people who went to Harvard and Wharton and Stanford and things like that.

If you’re looking for people who are software programmers, if they have gone to a good computer science program at a good university you assume that’s a very good way to filter down. And then you probably go through the interviews and things like that. But what if somebody came to a – what if somebody came to a technology company or a bank and said, “Look, I don’t have the degree that you’re looking for but I did take 25 courses online from these five online MOOCs, many of which are Stanford courses and Harvard courses and MIT courses. And here’s how I did and here is a piece of paper or pieces of paper that prove, that demonstrate that I finished those courses, the grades I got on them, et cetera.” If employers start treating those pieces of paper, those accreditations as worth a lot, that completely changes the nature of education, because then you are not, you know, what you are being paid for is really outcome related. It is related to what skills have you acquired rather than process related. Did you go to a four-year brick-and-mortar college and live in the dorms with other people. Some people may still value that latter one. By the way it may still be worthwhile for some people to pay for that because of the network effect, because of the people you meet at a Harvard or a Yale.

Read the full transcript at https://bigthink.com/videos/fareed-zakaria-on-the-knowledge-economy/