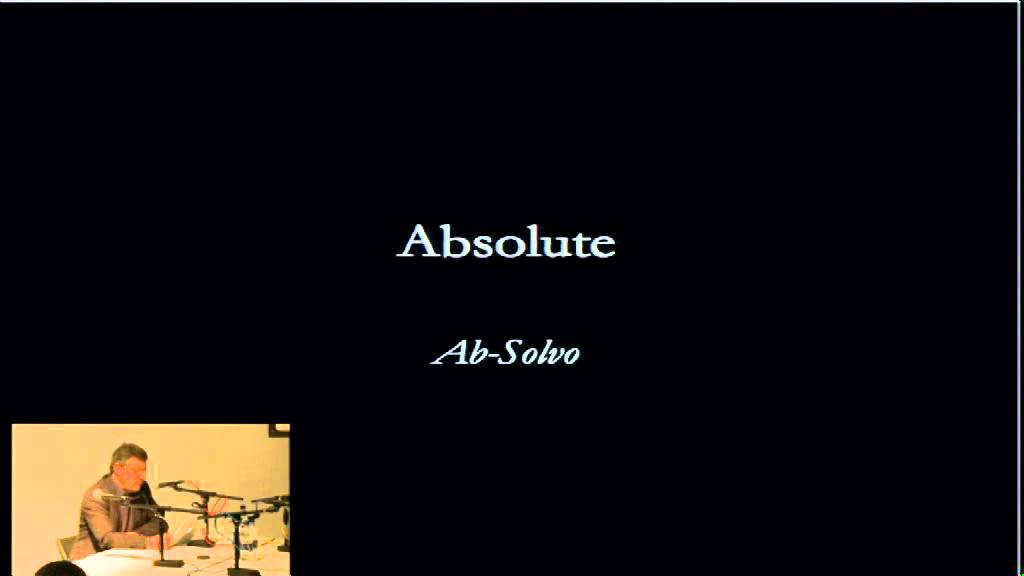 Pier Vittorio Aureli - The Possibility of an Absolute Architecture - Part 1

'Architecture has been popular in recent years. Ironically, however, its growing popularity is inversely proportional to the increasing sense of political powerlessness and cultural disillusionment many architects feel about their effective contribution to the built world. Within this paradoxical situation – and beyond the phenomenon of architecture’s 'success' – it is necessary to face and acknowledge the popularity of architecture critically. To do so, we need to seriously address the unequivocal social and cultural power architecture possesses to produce representations of the world through exemplary forms of built reality. At this level, the problem of form – that is, the strategising of architecture’s being – becomes crucial. The making of form is thus the real and effective necessary program of architecture. But what form can architecture define within the contemporary city without falling into the current self-absorbed performances of iconic buildings, parametric designs, or redundant mappings of every possible complexity and contradiction of the urban world? What sort of significant and critical relationship can architecture aspire to in a world that is no longer constituted by the idea and the motivations of the city, but is instead dominated by urbanisation?'
- from The Possibility of an Absolute Architecture

In The Possibility of an Absolute Architecture, Pier Vittorio Aureli proposes that a sharpened formal consciousness in architecture is a precondition for political, cultural, and social engagement with the city. Aureli uses the term absolute not in the conventional sense of 'pure', but to denote something that is resolutely itself after being separated from its other. In the pursuit of the possibility of an absolute architecture, the other is the space of the city, its extensive organisation, and its government. Politics is agonism through separation and confrontation; the very condition of architectural form is to separate and be separated. Through its act of separation and being separated, architecture reveals at once the essence of the city and the essence of itself as political form: the city as the composition of (separate) parts.

Aureli revisits the work of four architects whose projects were advanced through the making of architectural form but whose concern was the city at large: Andrea Palladio, Giovanni Battista Piranesi, Etienne-Louis Boullée, and Oswald Mathias Ungers. The work of these architects, Aureli argues, addressed the transformations of the modern city and its urban implications through the elaboration of specific and strategic architectural forms. Their projects for the city do not take the form of an overall plan but are expressed as an 'archipelago' of site-specific interventions.

'What at first glance appears to be a book of architectural history is in fact a radical attack on theory, sweeping away the foundations of current thought in its wake. Aureli's work stands against the forces of an unlimited urbanisation, proposing an idea of absolute architecture as a confrontation with the forces of global capital. A must-read for those passionate about architecture and its future.' -
Peter Eisenman

'Challenging the discursive boundaries and interpretative habits of countless late modern and contemporary architectural histories and theories, and with penetrating analysis directed at a compelling band of co-conspirators, from Palladio to Ungers, this book is a forensic tour de force. A generational call for retrieving the concept of the city – as well as the reality of the reality of its histories - as the basis for rethinking architecture's possibilities anew.' - Brett Steele

Pier Vittorio Aureli is an architect and educator. His theoretical studies focus on the relationship between architectural form, political thinking, and urban history. He teaches architecture worldwide including at the Berlage Institute and the AA. Together with Martino Tattara is the cofounder of Dogma, an architectural collective centred on the project of the city.