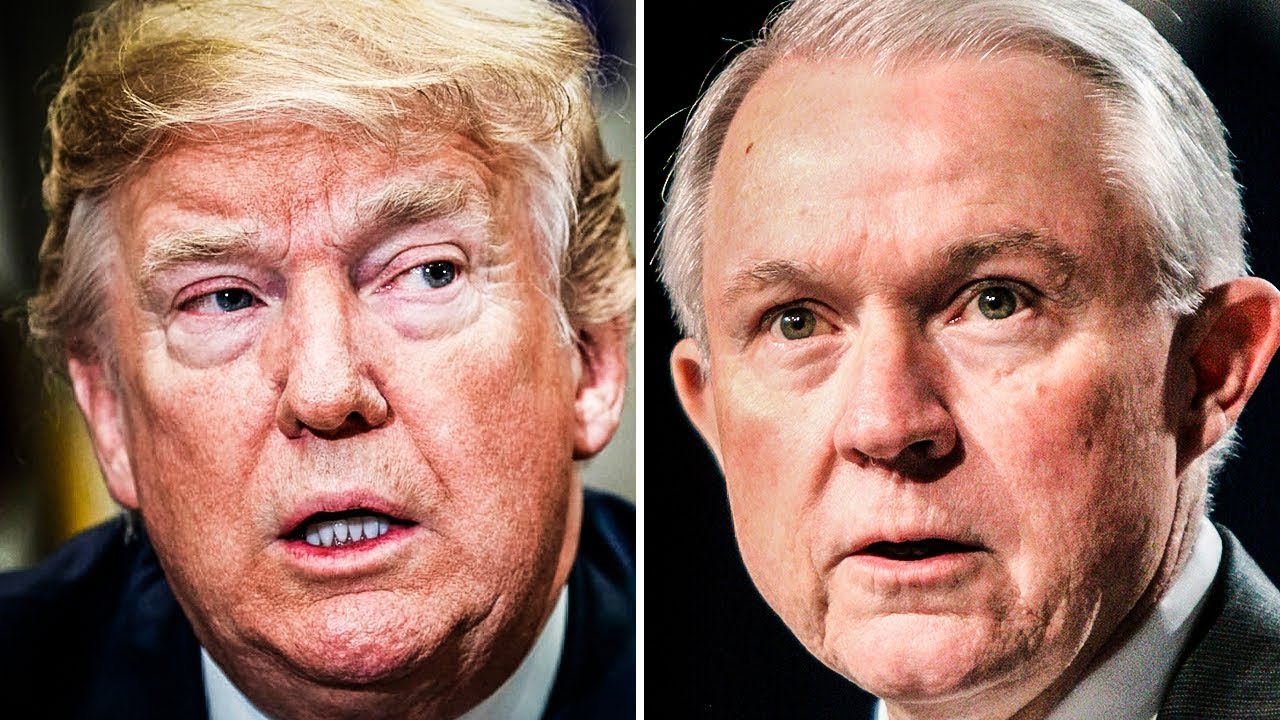 Furious Trump Threatens The FBI, Says He May “Get Involved” In Investigations

Donald Trump began laying the groundwork this past weekend to fire Jeff Sessions, and eventually Robert Mueller, as well. His attacks came during yet another Twitter tirade where he invented phony scandals involving Hillary Clinton yet again, accusing Sessions of doing nothing about her corruption. Ring of Fire’s Farron Cousins explains what’s behind Trump’s meltdown.

Support us by becoming a monthly patron on Patreon, and help keep progressive media alive!: https://www.patreon.com/TheRingofFire

Support Ring of Fire by subscribing to our YouTube channel: https://www.youtube.com/theringoffire

Well, most of the country was busy mourning the death of John McCain and lionizing him in a way that really didn't fit with what he was as a person, Donald Trump was on Twitter, laying the groundwork to fire attorney general Jeff Sessions and that would then open the door for him to fire special prosecutor Robert Mueller.

Here's what happened. During a Twitter tirade that lasted basically Saturday to Sunday, Donald Trump was talking about all of these alleged wrongdoings of Hillary Clinton and the Democrats, and it all stemmed from Jeff Sessions' memo last week, saying he was not gonna let the US Department of Justice become politicized.

So here is the first tweet that Donald Trump sent out: "Jeff Sessions said that he wouldn't allow politics to influence him only because he doesn't understand what is happening underneath his command position. Highly conflicted Bob Mueller and his gang of 17 angry Dems are having a field day as real corruption goes untouched. No collusion!"

A few tweets later, he followed it up with this: "Big story out that the FBI ignored tens of thousands of Crooked Hillary's emails, many of which are really bad. Also gave false election info. I feel sure that we will soon be getting to the bottom of all this corruption. At some point, I may have to get involved."

At some point, I may have to get involved. Let me explain what's happening, in case it's not already crystal clear. Donald Trump is trying to convince us that Jeff Sessions is not doing his job. That the FBI is not doing their job. That all these alleged crimes of Hillary Clinton, which don't actually exist, they're all going uninvestigated.

Hillary Clinton got away with the biggest corruption ever, according to Donald Trump, and nobody's doing anything about it. Aren't you angry about that, fellow Republicans? Well, yeah, they are, if you spend five seconds on social media, you're gonna find a conservative whining about Hillary Clinton getting away with murder.

So. He throws those talking points out there. He's gonna let them simmer and let them grow. And in no time at all, there's gonna be an uproar from those crazy, MAGA hat wearing folks asking him to fire Jeff Sessions, and that is exactly what he will do.

Now, I hate Jeff Sessions. He has been an absolutely horrid attorney general. Absolutely horrid, and we all know how this man feels about non-white people. That's no secret. Horrible human being, Jeff Sessions is. But in this one particular instance, he's actually doing the right thing, and so for the time being, kinda needs to hold on to his job, because if he doesn't, that's gonna let Donald Trump install someone even worse as attorney general, even though it's unlikely that the Senate would approve a new nominee, especially before the midterms, so then the job would go to Rob Rosenstein.

Well, Rosenstein has already been attacked by Trump relentlessly, so he'd probably just fire him, too. And basically, keep on firing down the line 'til you get a Trump apologist as the acting attorney general, who would then fire Robert Mueller and replace him with somebody who's a little more sympathetic to Donald Trump's plight.

The problem is that you're not gonna find anyone in that position. If Robert Mueller does end up getting fired, he has to be replaced. You can't just kill that investigation. You would have to put a new one there. It happened to Nixon, and things got so much worse for him when he did that.