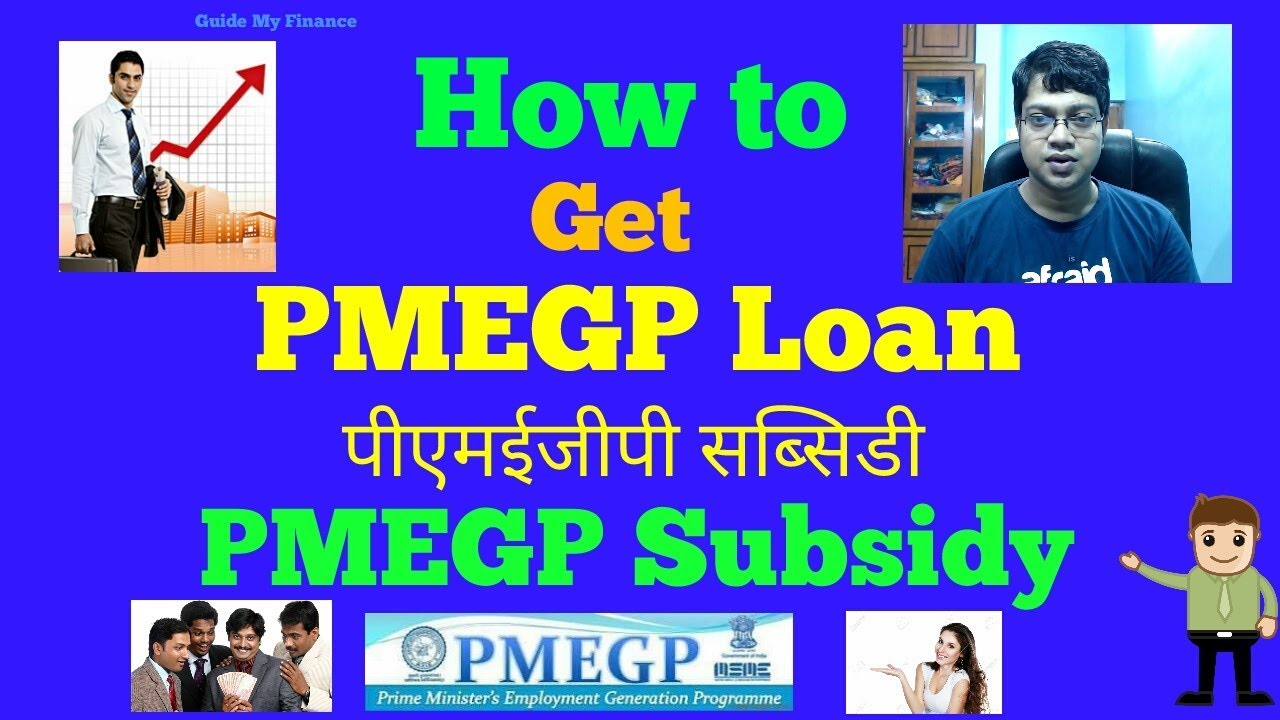 Click here to get details of PMEGP Scheme : http://www.kvic.org.in/PDF/PMEGPscheme.pdf

The PM’s Employment Generation Programme (PMEGP) looks to create more than four lakh jobs in the upcoming fiscal – 2016-17. It had been announced in 2000 and formally launched during fiscal 2008-09. PMEGP can be described as a credit-linked subsidy programme that is essentially a combination of Rural Employment Generation Programme (REGP) and Pradhan Mantri Rozgar Yojana (PMRY). The Ministry of Micro, Small and Medium Enterprises (MoMSME) administers the programme and the Khadi and Village Industries Commission (KVIC) implements it. The KVIC directorates are responsible for administering the programme at the state level.
What is the aim of the Employment Generation Programme?
The primary aim is to generate jobs in both rural and urban regions, by way of self-employment ventures, micro enterprises, and other eligible projects. It also aims at bringing back the tradition of village artisanship and helping urban youth who are unable to get jobs due to one reason or the other. The programme also looks to provide employment that is continuous and sustainable and make sure its beneficiaries’ earning capacities are enhanced thus.
Who are eligible and who are not?
The programme has some definite eligibility criteria. It only provides assistance to new projects that have been sanctioned by the authorities. To start with, the applicant needs to be older than 18 years in order to be deemed fit to receive assistance under the programme. The programme does not have any upper limit of income as far as granting assistance is concerned.
The concerned applicant needs to have studied till at least eighth standard in case of manufacturing sector projects that are worth more than INR 10 lakh and business or service sector projects, which are in excess of INR 5 lakh. Self-help groups can receive assistance under the programme. This is especially applicable to BPL families. However, they should not be the beneficiary of any similar programme.
Any institution that has been registered under Societies Registration Act, 1860 can be regarded eligible for assistance under PMEGP. This programme is also open to charitable trusts and production-based cooperative societies. In case an existing unit is already a beneficiary of the REGP, PMRY, or any similar programme of the Indian Government or a state government, it will be deemed ineligible. The same is applicable for any other unit that is receiving subsidy from the central government or a state government.
Industries that will not get assistance under the programme
Any industry or business that deals with meat, beedi, pan, cigar, cigarette, liquor, tobacco or toddy.
Any industry that is in the business of pashmina wool or similar products that need hand weaving and hand spinning – ones that are already being benefitted by the Khadi Programme and enjoy sales rebates.
Any industry or business that is related to tea, coffee, rubber, sericulture, horticulture, floriculture and animal husbandry.
Rural transport, with the only exceptions being cycle rickshaws, auto rickshaws in Andaman and Nicobar Islands, and house boats, tourist boats, and shikaras in Jammu and Kashmir
Any industry that is related to items that may cause environmental issues such as polythene carry bags.
How is the assistance provided?
For people belonging to the general category, the beneficiary needs to be able to contribute at least 10% of the project costs. The union government, in this case, provides 15% of the funding for projects in urban areas and 25% in case of ones being executed in rural areas. In case of applicants regarded as being special, the beneficiary needs to contribute at least 5% of the costs. For such cases, the central government provides 25% of the funding (urban projects) and 35% of the funding (rurally-done projects).
The following individuals are regarded as special:

Scheduled Castes (SCs)Ex-servicemenScheduled Tribes (STs)Differently-abledOther Backward Classes (OBCs)People from the Northeastern statesMinoritiesPeople living in border areas and hillsWomen
Certain banks have been identified for the purpose of disseminating the funds to the eventual beneficiaries and the amount is normally credited to the designated bank accounts.