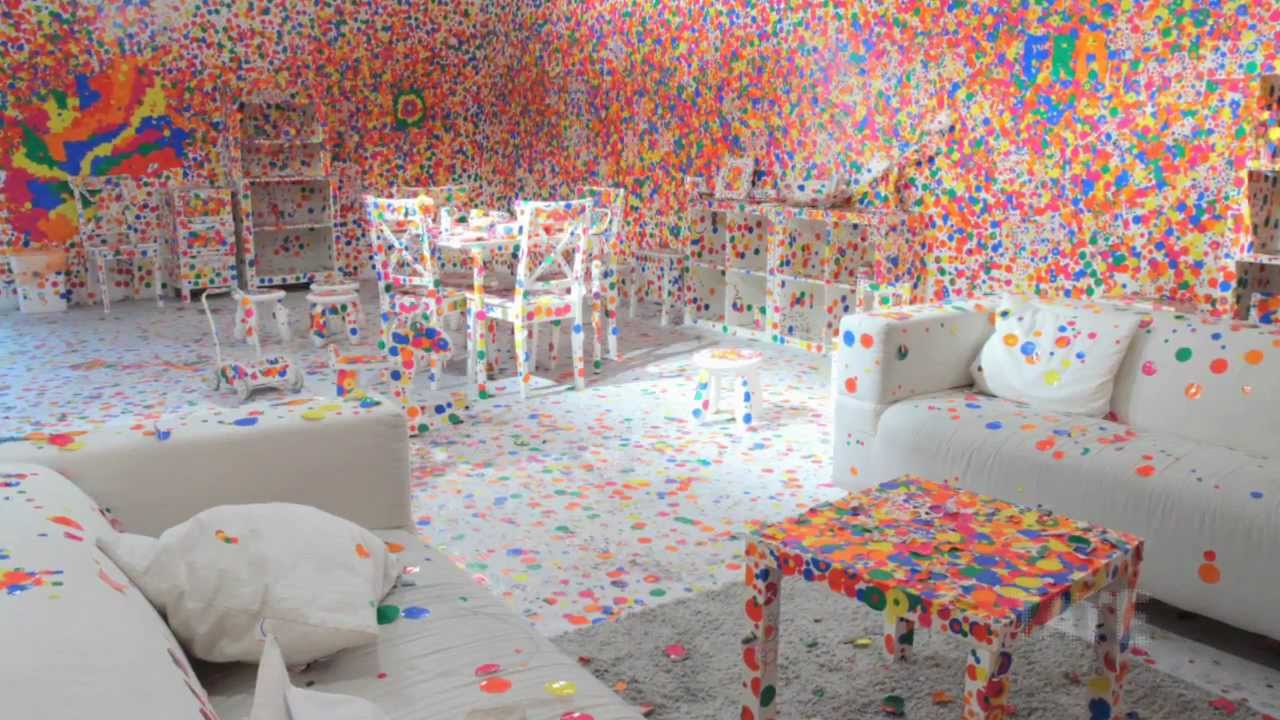 Artist Yayoi Kusama's interactive Obliteration Room begins as an entirely white space, furnished as a monochrome living room, which people are then invited to 'obliterate' with multi-coloured stickers.

Over the course of a few weeks the room was transformed from a blank canvas into an explosion of colour, with thousands of spots stuck over every available surface.

TateShots produced this time-lapse video of the Obliteration Room covering the first few weeks of its presentation at Tate Modern in 2012. It was first conceived as a project for children, and was first staged at the Queensland Art Gallery in 2002.