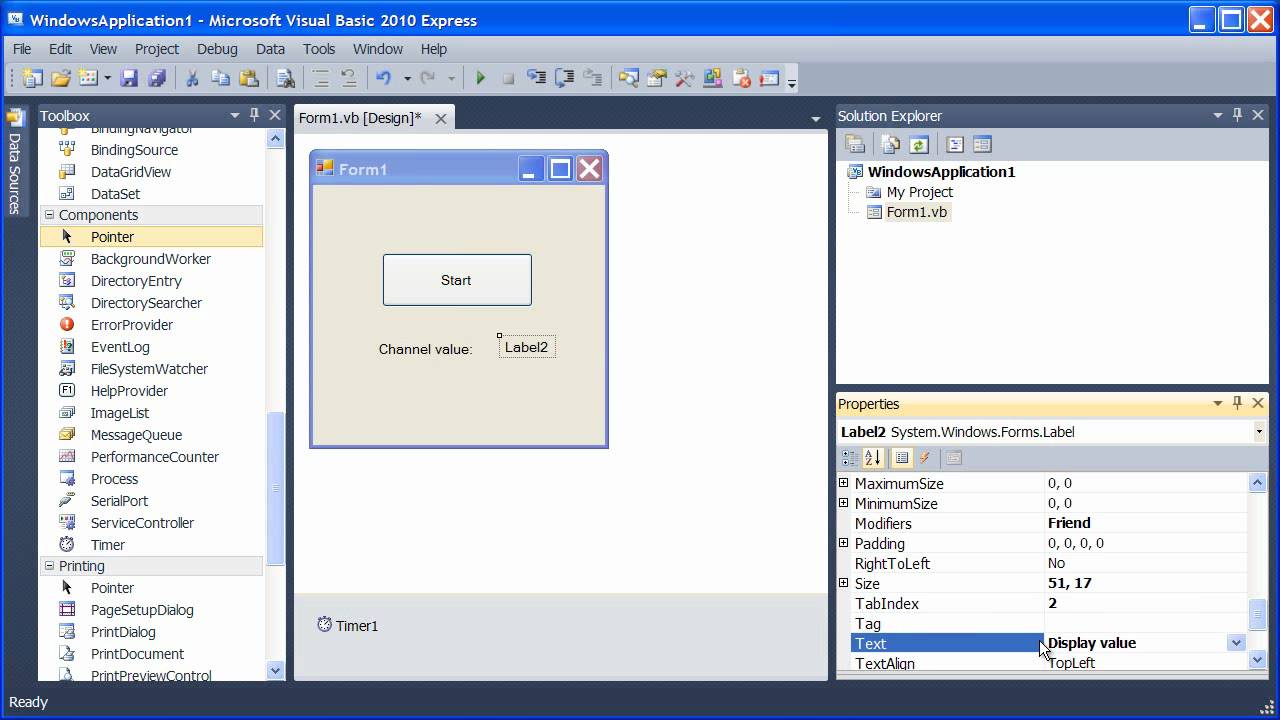 Today we're going to show you how easy it is to write a program that acquires analog input voltage data using the Universal Library and Visual Basic.

Connect a measurement computing DAQ device to your computer and run InstaCal. After you have detected your device with InstaCal, run Microsoft Visual Basic and create a new Windows Form application. I'm using Visual Basic 2010 Express, but you could also use another development environment from Microsoft Visual Studio .NET.

The application access the Universal Library through the MCCDAQ assembly, so you must add a reference to this file in your project.

Right-click on "WindowsApplication1" within the Solution Explorer, and select "Add Reference". Click the Browse tab, navigate to the root directory where the Universal library is installed, and select "mccdaq.dll".

After setting up the form, double-click on the button control and add some code.

1. Beneath the Public Class Form1 line, enter code that declares the variables and instantiates a board from the MCCBoard class. The MccBoard class is used to access DAQ methods and board properties.

a. I named the first variable "mydaqboard" -- this variable creates a new instance of the MccBoard class. The 0 indicates that the board is installed as board 0 in InstaCal.

b. I named the second variable "datival" -- this variable will hold the integer count value read from the DAQ device, so I set the datatype to be a 16-bit integer.

c. I named the third variable "engunit" -- this variable will hold the voltage value that is converted from the count value, so I set the data type to "Single".

2. Now add a click event that calls the timer function when the button is clicked. The timer control is identified as timer1, so enter timer1.start()

a. AIn() reads an A/D input channel and returns a 16-bit integer value.
Enter 0 as the channel number to read, select the range, and select dataval to hold value the read from the board.

b. Now call the UL method ToEngUnit() to convert the data from a 16-bit value to volts, and to store the value in the variable engunit.
...