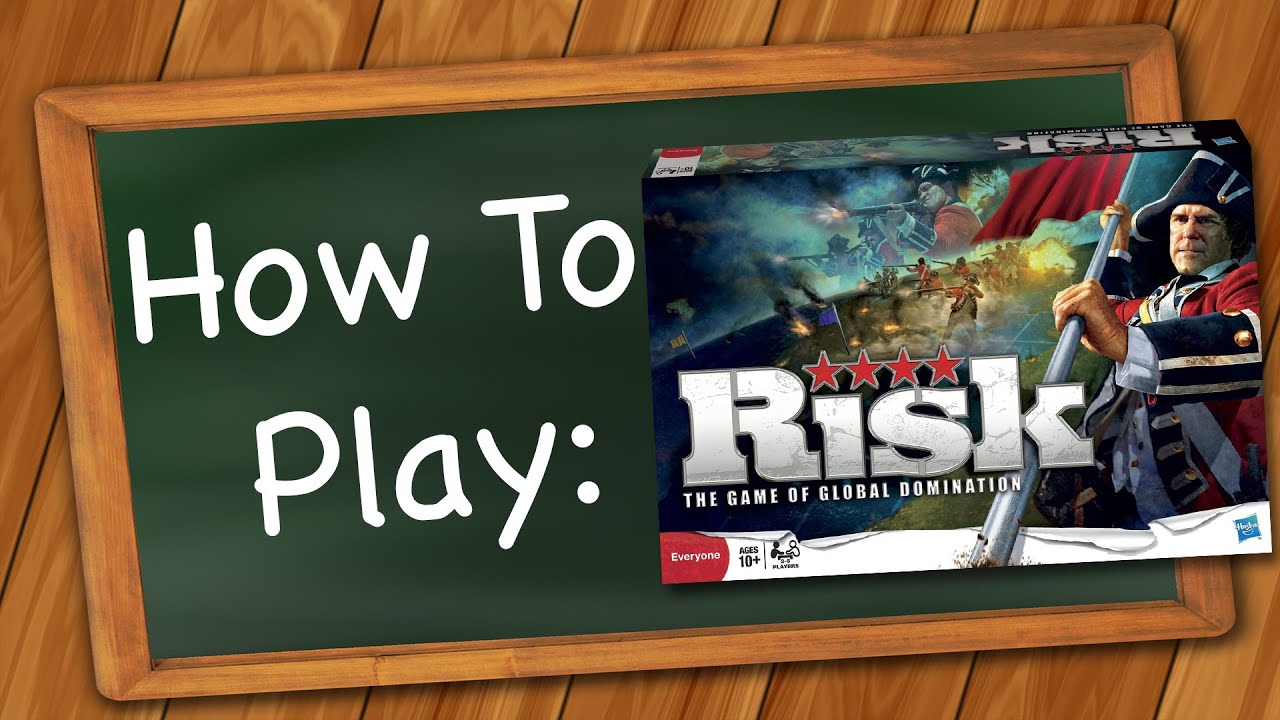 How to Play Risk

Learn the rules to the board game Risk quickly and concisely - This visually rich video has no distractions, just the rules.


The object of the game is to defeat your enemies by occupying every territory on the board. Each turn consists of three steps in this order: First: get and place new armies. Second: attacking. Third: fortifying your position.

At the beginning of your turn, count all your territories and divide it by 3, discarding any fraction, and receive that many armies. You cannot receive less than 3 armies a turn. Additionally. you receive armies as indicated by the legend on the board if you have complete control of a continent. From 7 armies for Asia, down to 2 armies for South America and Australia.

You can also receive additional armies by turning in matching Risk cards. A match is three cards of the same symbol or one of each. There are 2 wild cards that can count as any one symbol when turned in. The first set of risk cards traded in by any player are worth 4 armies. The value of each traded set then increases by 2 armies for each set until 12 armies, then the next set is worth 15 and it is increased by 5 armies for every set after that.

If any of the 3 risk cards have a territory on it that you control, you receive an extra 2 armies for that territory, however, you can only do this once per trade in, so multiple cards with matching territories do not all receive extra armies.

You draw 1 Risk Card at the end of a turn that you had conquered at least 1 opponent’s territory. When a player receives a 5th risk cards for their hand, they must trade in a matching set at the start of their next turn.

After placing your armies, you may attack opponent’s territories if you wish. You may only attack adjacent territories from a territory of yours that has at least 2 armies in it. Dashed lines connect two territories in this way.

The attacker and defender must declare how many dice they intend to roll before rolling. Then both players roll at the same time. The highest die from both attacker and defender are compared, whoever has the lower number loses 1 army, removing it from the board. If it is a tie, the defender wins and the attacker loses 1 army. If the defender rolled a second die, then you compare the second highest rolls of both players the same way you did the first.

If you conquer an opponent’s last territory, they are eliminated from the game. You receive all the risk cards they have in their hand. If you then have 6 or more cards in your hand, you must immediately trade in sets of risk cards and place the additional armies until you have 4 or fewer risk cards in your hand.

At the end of your turn, regardless of your turn’s actions, you may, if you wish, fortify your position. To do this, move as many of your armies as you like from one, and only one, of your territories into any one of its adjacent territories. When doing so you must leave at least 1 army behind.

Your turn now ends. If you conquered at least 1 territory: draw 1, and only 1, risk card. The player to your left goes. The last player standing wins!