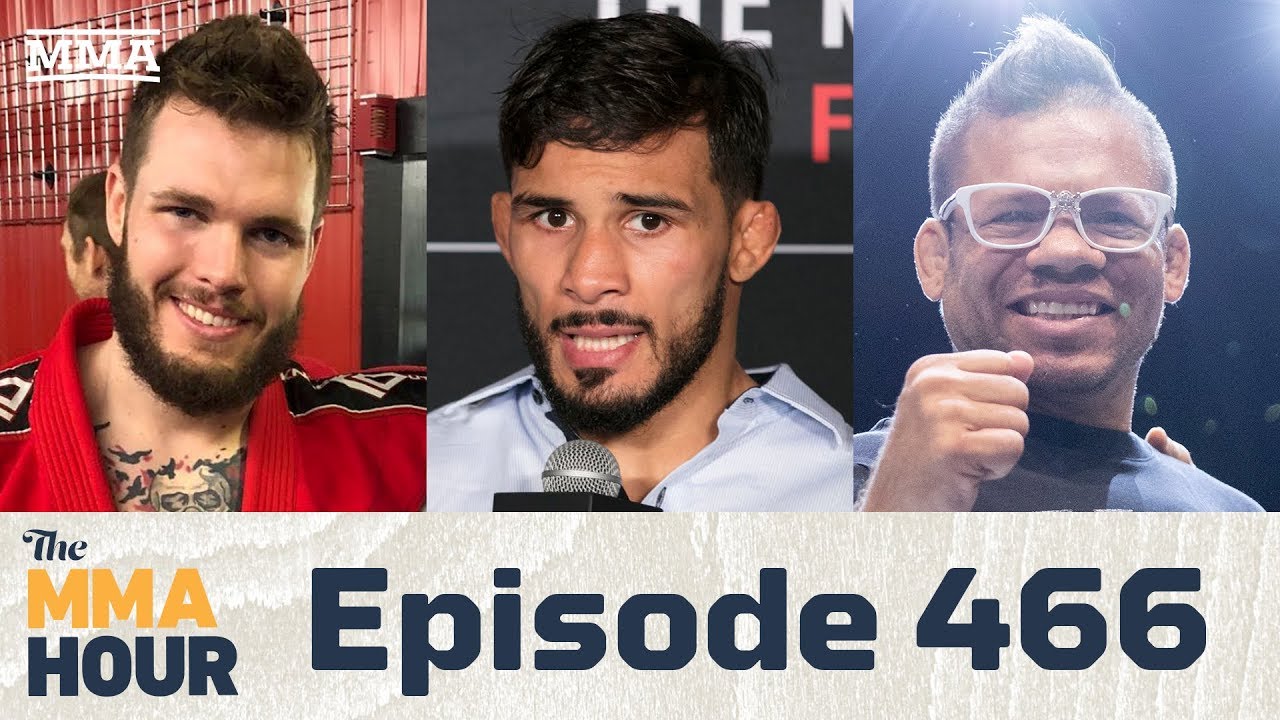 Below is the show rundown:

3:15 – Henry Cejudo’s long-time coach and mentor Eric Albarracin discusses Cejudo’s win over TJ Dillashaw at UFC Brooklyn, the preparation leading up to the fight, what's next for Cejudo, and more.

34:40 – Monday Morning Analyst: How did Donald Cerrone push back against the constant forward pressure and stance switching of Alexander Hernandez? Was the TJ Dillashaw vs. Henry Cejudo fight stopped too early?

1:01:50 – Recently retired UFC featherweight turned lightweight Dennis Bermudez joins us in studio to discuss his win over Te Edwards, reflect on his career and retirement, and more.

1:29:20 –Allen Crowder discusses his disqualification victory over the controversial Greg Hardy in the co-main event of UFC Brooklyn, his health, what's next for him and more.

1:42:00 – Sound Off: Taking your calls on everything going on in the sport

2:05:50 – 5 minutes on the clock. All of your social media questions answered at A Round of Tweets using #themmahour hashtag.

MMA Fighting is your home for exclusive interviews, live shows, and more for one of the world's fastest-growing sports. Get latest news and more here: http://www.mmafighting.com