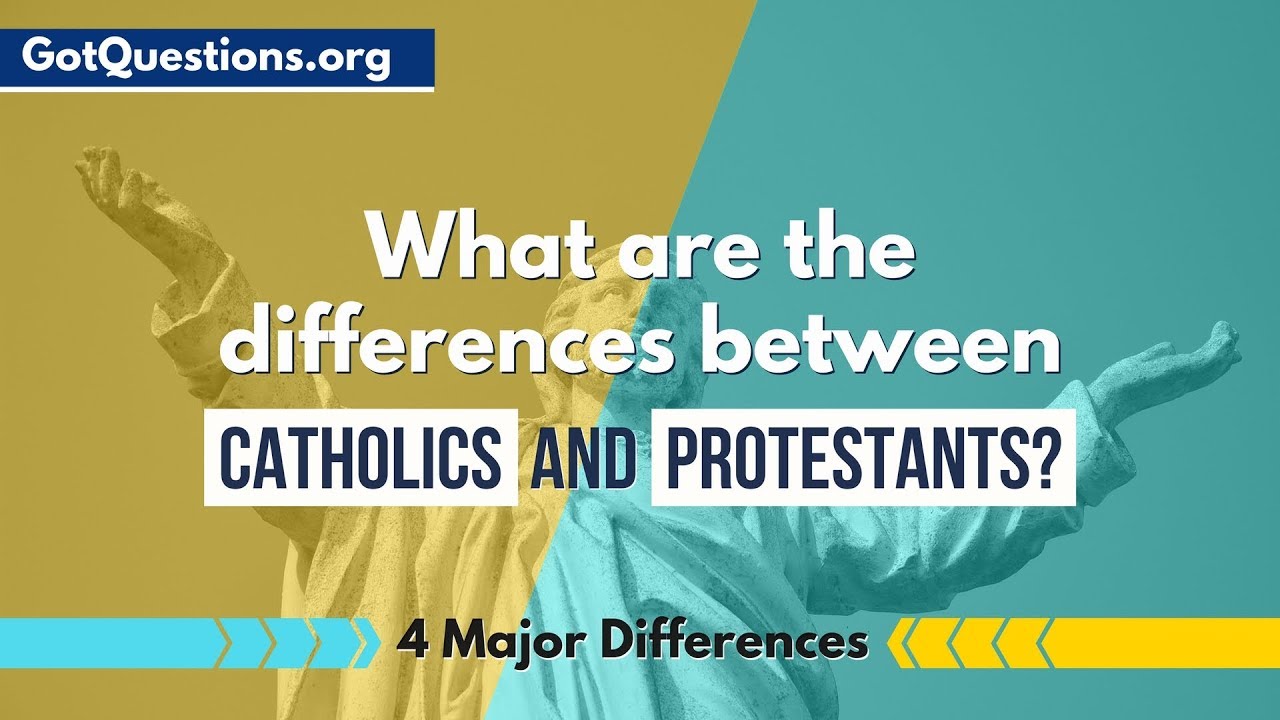 What are the differences between Catholics and Protestants?

There are at least four major differences between Catholics and Christians / Catholics and Protestants. When asked, what do Catholics believe, many would say it is the same as protestants, but that is simply not the case. What Catholics believe about salvation, and life after death are very different from what a Protestant believes, among other Catholic beliefs, including the Catholic Sacraments. In this video, Pastor Nelson with Bible Munch points out four major differences between Catholics and Christians.


*** Curious about Bible Munch? Go check them out!
https://www.youtube.com/BibleMunch

Why Does God Allow Suffering | Why do Bad Things Happen to Good People
https://youtu.be/db0fRF2anbQ

The 10 Commandments List | What are the Ten Commandments in the Bible
https://youtu.be/fhmntQwLDrM?list=PLYUzs7YowQ-gOMVoTu3n6viww3Q3U06kz

*** Recommended Books:
Reasoning from the Scriptures with Catholics
By: Ron Rhodes
https://goo.gl/UYChMG

Catholic vs. Protestant – why is there so much animosity?
www.gotquestions.org/Catholic-vs-Protestant

Should Evangelicals and Catholics be together instead of separate?
www.gotquestions.org/Evangelicals-Catholics-together


Music: http://www.purple-planet.com
Note: Some links are affiliate links which cost you nothing, but help us share the Word of God.