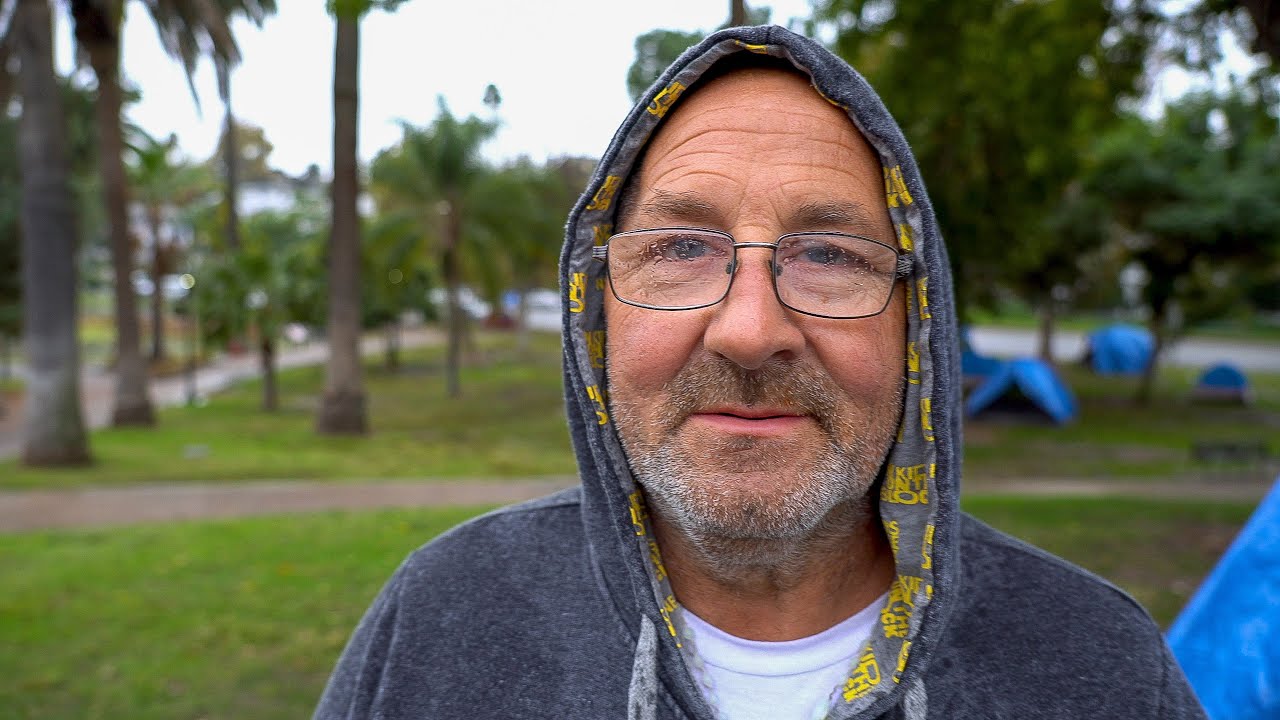 Homeless Man on the Criminalization of Homelessness in Echo Park Lake

When we met Bobby, he was understandably upset. The day before, park rangers did an aggressive homeless sweep at Los Angeles's Echo Park Lake. Bobby says the park rangers broke his phone, threw his clothes in the mud, and tore up his tent.

Bobby has been off and on the streets homeless in Los Angeles for 20 years. Bobby says in all that time he's never experienced anything like the criminalization of homelessness that's growing in Los Angeles County.

Los Angeles is spending over $30 million dollars on 40+ homeless sweeps every day. This criminalization of people with nowhere else to go does nothing to end homelessness and is a waste of taxpayer money.

As I type this, Los Angele's Parks and Recreation will begin the first phase of a mass eviction at Echo Park Lake of over 60 homeless people. Homeless sweeps in Los Angeles and elsewhere must stop. Please support Street Watch Los Angeles as they advocate for our homeless friends https://streetwatchla.com. Ktown for All is another community action group working to fight the criminalization of homelessness in Los Angeles http://ktownforall.org.

Bobby wants to find a lawyer to take legal action. Chances of a local lawyer taking the case are not good. Ktown for All currently is suing the city trying to stop Los Angeles's homeless sweeps. On a national level, the National Law Center on Homelessness & Poverty https://nlchp.org/ works to fight criminalization and anti-poverty laws around the United States.

There is a direct correlation between what the general public perceives about homelessness and how it affects policy change. Most people blame homelessness on the person experiencing it instead of the increasing shortage of affordable housing, lack of employment, a living wage or the countless reasons that put a person at risk. This lack of understanding creates a dangerous cycle of misperception that leads to the inability to effectively address the root causes of homelessness.

We imagine a world where everyone has a place to call home. Each day, we work to fight homelessness by giving it a face while educating individuals about the systemic issues that contribute to its existence. Through storytelling, education, news, and activism, we are changing the narrative on homelessness.

This isn’t just talk. Each year, our groundbreaking educational content reaches more than a billion people across the globe. Our real and unfiltered stories of homelessness shatter stereotypes, demand attention and deliver a call-to-action that is being answered by governments, major brands, nonprofit organizations, and everyday citizens just like you.

However, there is more work to be done on the road ahead. Homelessness is undoubtedly one of our biggest societal issues today and will only continue to grow if we don’t take action now.

Invisible People is a 501(c)(3) nonprofit dedicated to educating the public about homelessness through innovative storytelling, news, and advocacy. Since our launch in 2008, Invisible People has become a pioneer and trusted resource for inspiring action and raising awareness in support of advocacy, policy change and thoughtful dialogue around poverty in North America and the United Kingdom.