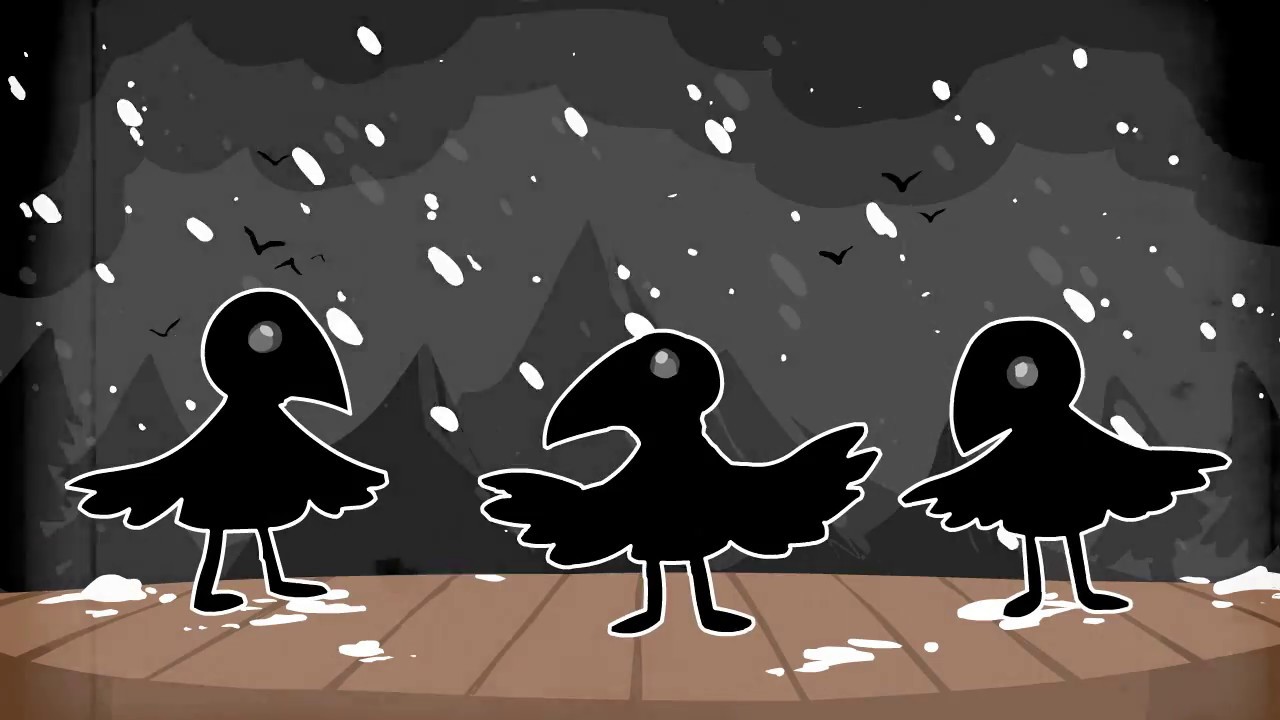 Winterless Syndicate: The Legacy of the Crows

Our heroes sit back with some popcorn to enjoy some good old live theatre.

for the dnd campaign, Winterless Syndicate. i am ya little DM ;)

For those confused on the context:
Sketchy and Kar stumbled upon the famous director, Nathaniel Banks. He had been trapped in his theatre after crows had taken over Guthram, killing everybody except him. Sketchy was curious to know if he had any clues regarding to how the winter started, and he decided to show them the play he had been working so hard on: The Legacy Of The Crows. It was based off of stories that he heard the crows talk about, about the events that lead to the winter beginning and the uprising of the crows. So they watched it (this) and after a long series of events (including one of them being turning into a puppet.) they managed to kill the king of crows, and Nathaniel and his puppets were set free.