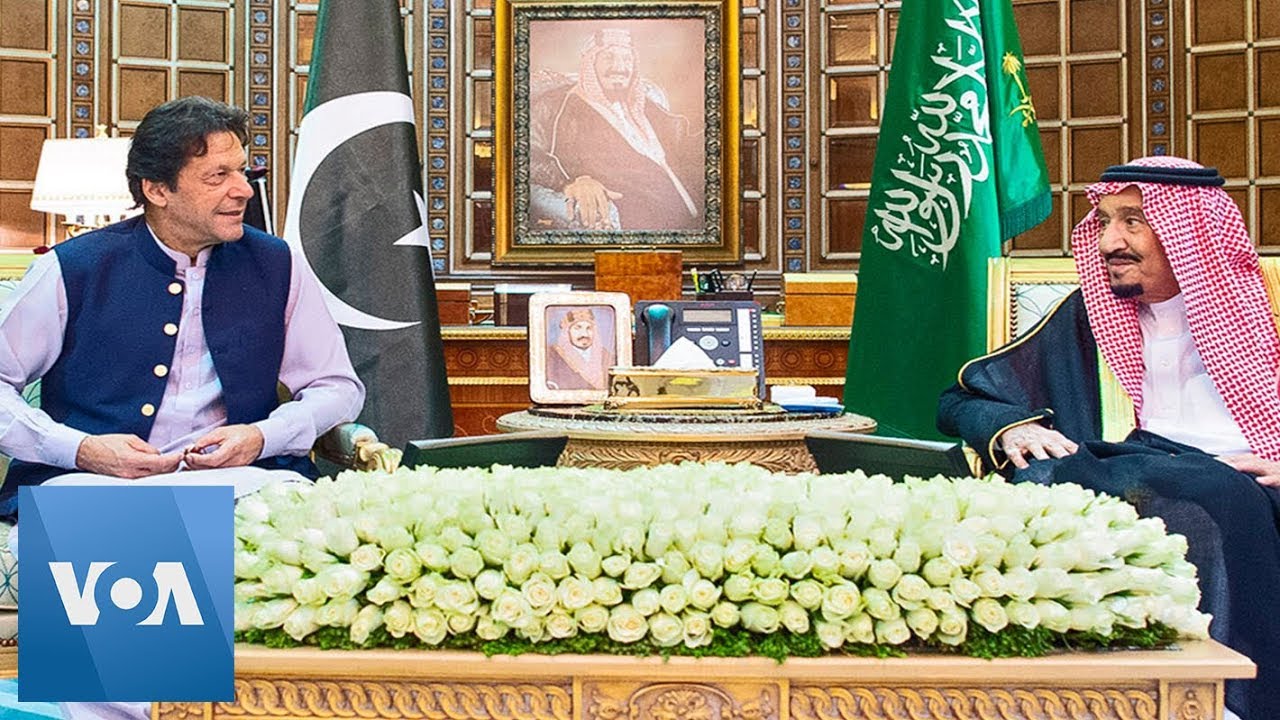 Pakistani Prime Minister Imran Khan meets with Saudi King Salman and Crown Prince Mohamed bin Salman, Tuesday, October 15, during his visit to Saudi Arabia, two days after he visited Iran on a mission to defuse tensions between Riyadh and Tehran.
Khan emphasized his Middle East peace mission is “purely a Pakistan initiative”, though he acknowledged the United States also has a role in it. He also has said previously that Saudi Crown Prince Mohammed bin Salman has asked him to help mediate tensions with Iran.
“When we were in New York, President Trump spoke to me and he wanted us to facilitate some sort of a dialogue between Iran and the United States… I know there are difficulties but whatever we can do we will be happy to facilitate,” Khan said while referring to his last month's meeting with Trump on the sidelines of the U.N. General Assembly.
Last year, Trump unilaterally withdrew from the 2015 agreement known as the Joint Comprehensive Plan of Action (JCPOA) and re-imposed sanctions on Iran, prompting the Shi'ite Muslim nation to gradually reduce its stated commitments to limit controversial uranium enrichment operations.