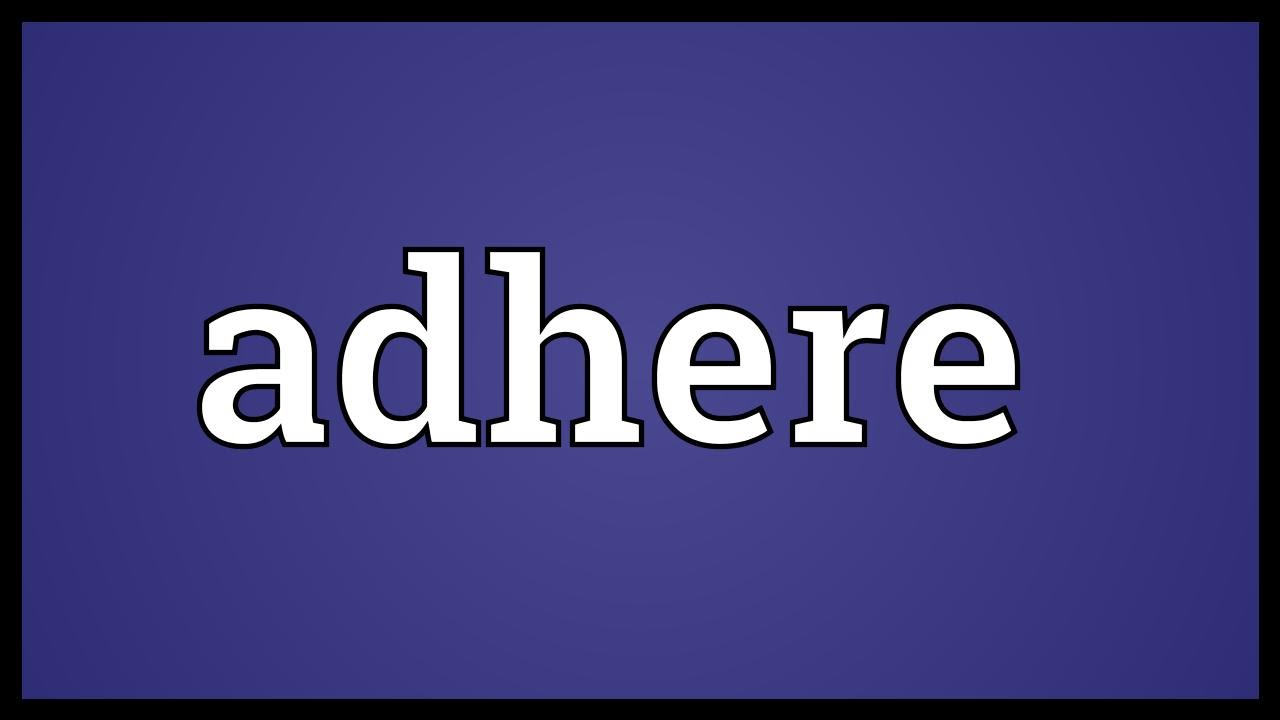 Video shows what adhere means. To stick fast or cleave, as a glutinous substance does; to become joined or united; as, wax to the finger; the lungs sometimes adhere to the pleura.. To hold, be attached, or devoted; to remain fixed, either by personal union or conformity of faith, principle, or opinion; as, men adhere to a party, a cause, a leader, a church.. To be consistent or coherent; to be in accordance; to agree.. adhere pronunciation. How to pronounce, definition by Wiktionary dictionary. adhere meaning. Powered by MaryTTS