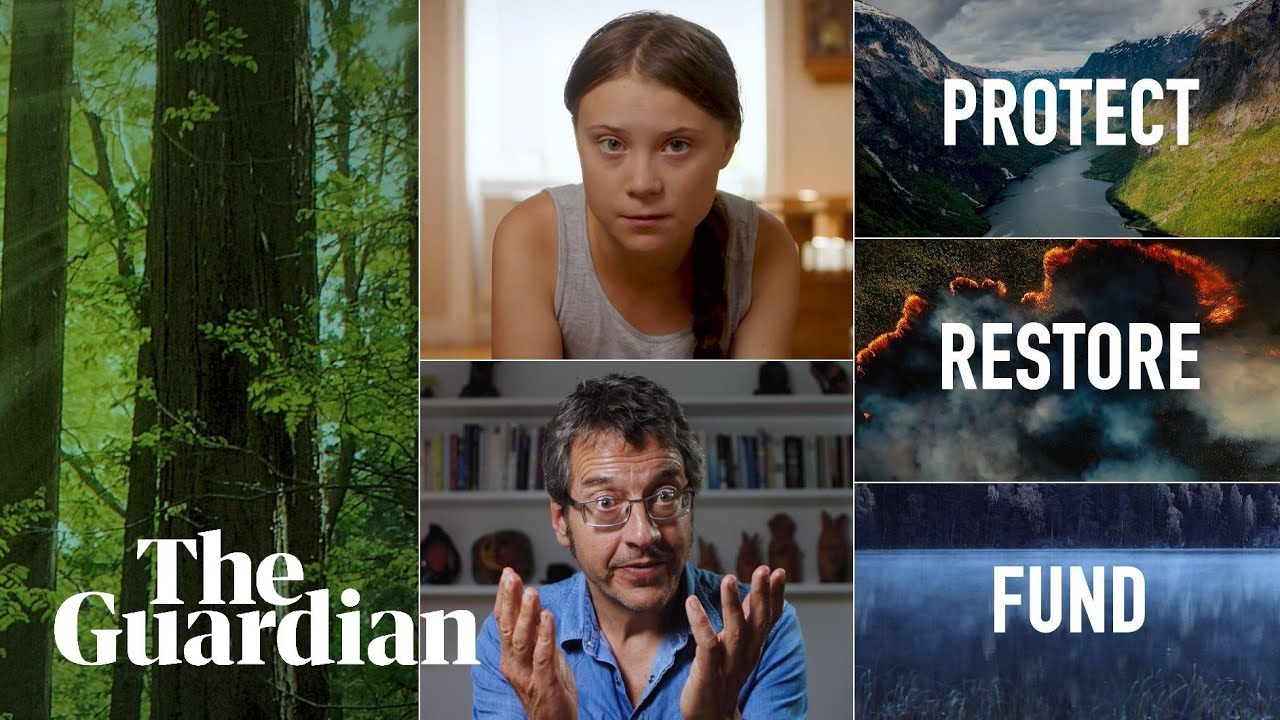 Environmental activists Greta Thunberg and George Monbiot have helped produce a short film highlighting the need to protect, restore and use nature to tackle the climate crisis. Living ecosystems like forests, mangroves, swamps and seabeds can pull enormous quantities of carbon from the air and store them safely, but natural climate solutions currently receive only 2% of the funding spent on cutting emissions. The film’s director, Tom Mustill of Gripping Films, said: 'We tried to make the film have the tiniest environmental impact possible. We took trains to Sweden to interview Greta, charged our hybrid car at George’s house, used green energy to power the edit and recycled archive footage rather than shooting new.'
Subscribe to Guardian News on YouTube ► http://bit.ly/guardianwiressub

The Independent film by Gripping Films(Tom Mustill) was supported by:
Conservation International
Food and Land Use Coalition
Gower St

With guidance from
Nature4Climate