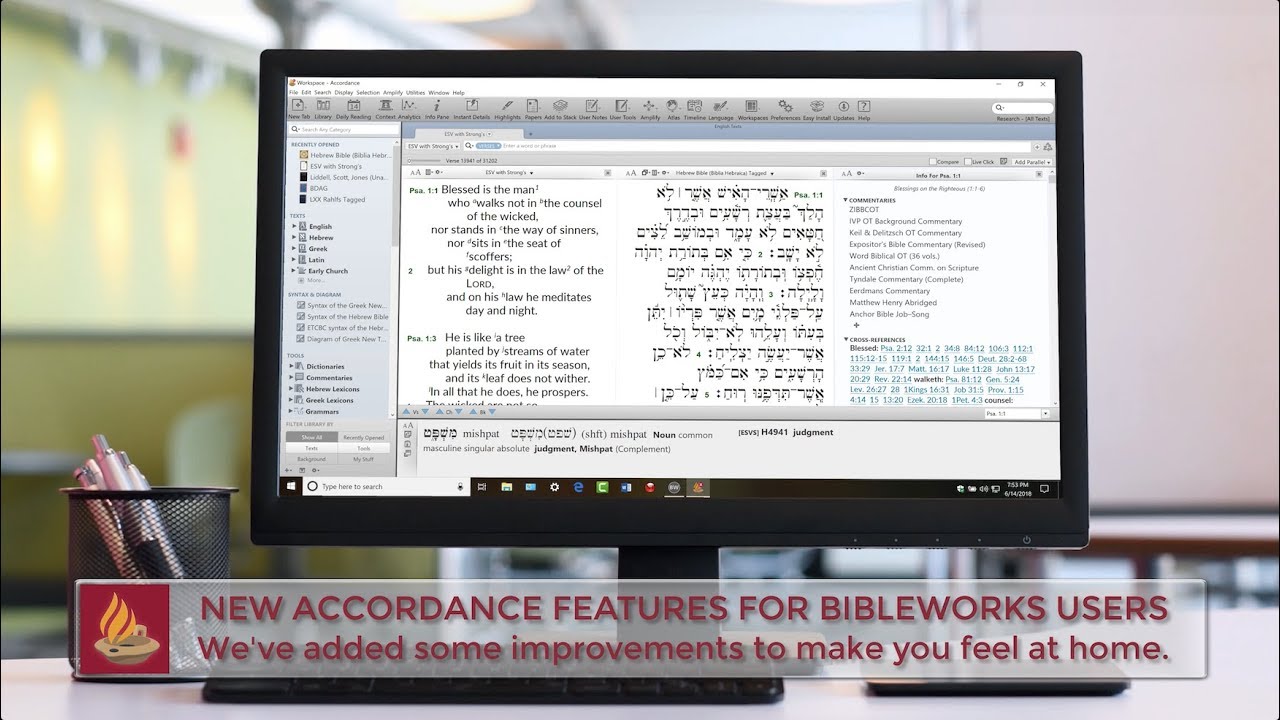 Accordance 12.2.7 (Windows/Mac) delivers all-new features with BibleWorks users in mind, but we believe all Accordance users will appreciate them, too! Accordance Bible Software will now import BibleWorks notes, and the new Live Click feature will completely change the way you study the Bible!

Every feature shown in this fast-paced video is brand new to Accordance Bible Software. You may need to pause the video at times to take in the examples shown. In the coming weeks, we will go into much greater detail on each new feature in our Lighting the Lamp Podcast videos.

Check out our BibleWorks Crossover Packages at https://www.accordancebible.com/BibleWorks-Crossover-Packages

Customize Accordance to your interests and specialities with an ever-growing library of add-on titles.

And we’re not done. We have MORE BibleWorks-friendly features still to come in future Accordance 12 updates.